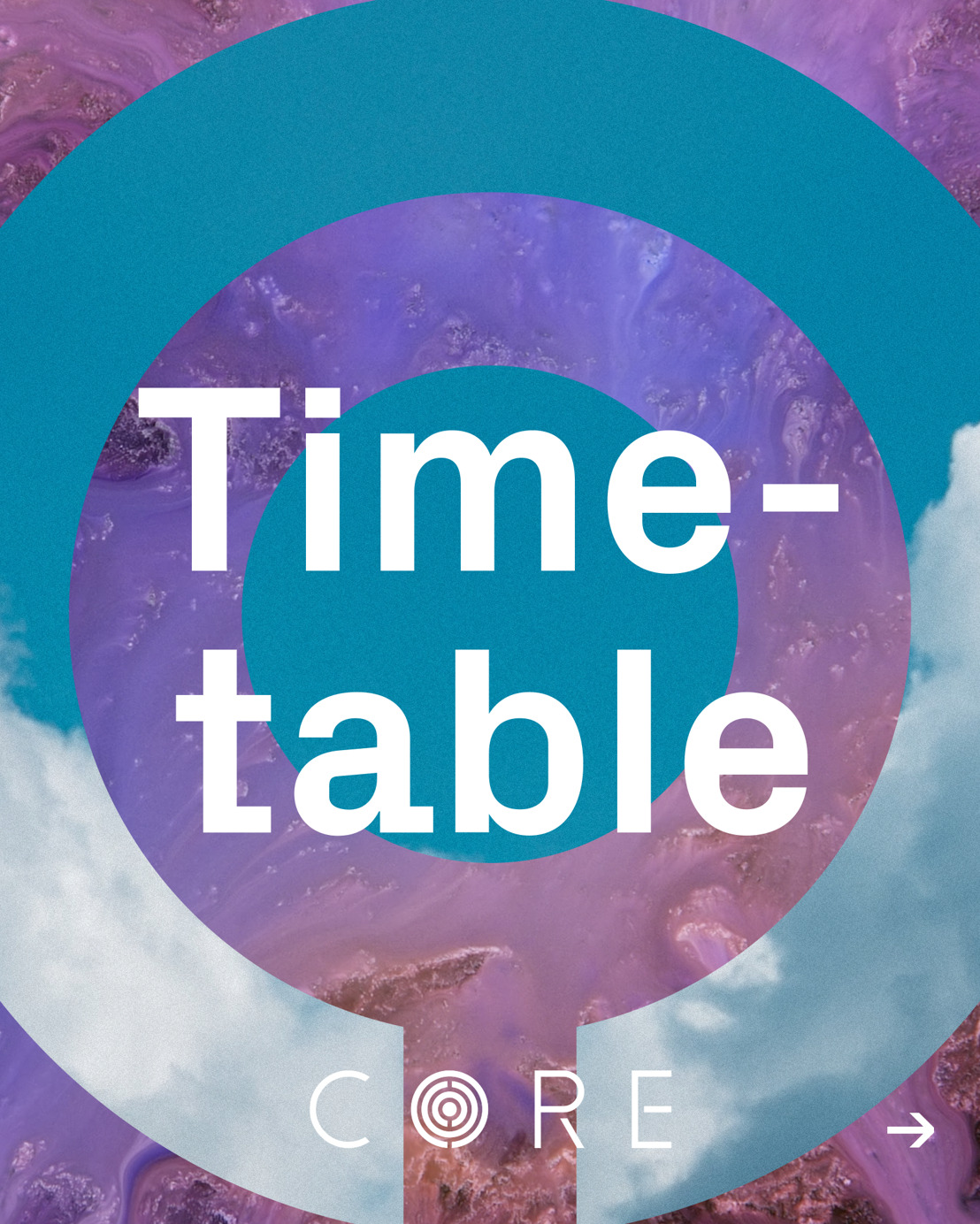 Wednesday, April 27, 2022 - Just 30 days to go until the start of the first edition of CORE Festival! The organization is delighted to announce the remaining artists, as well as the full timetable for the two-day boutique festival. Celebrated American filmmaker Louie Schwartzberg will also be making his way to the new festival at the end of May to showcase spectacular footage and mesmerizing time-lapse videos from his global hit documentary ‘Fantastic Fungi’. CORE Festival takes places during Ascension Day weekend on Friday 27 and Saturday 28 May in the beautiful Osseghem Park in Brussels, the vibrant capital of Europe. Tickets are on sale via corefestival.com.

Award-winning cinematographer, director, and producer Louie Schwartzberg is coming to CORE Festival! Schwartzberg will be showcasing spectacular footage and mesmerizing time-lapse videos featured in his global must-see hit documentary ‘Fantastic Fungi’ on the dazzling Nabo by FTX platform stage, which is located at the heart of the festival at a height of 8,5 meters. Surrounding the entire platform, a 360 LED wall will be giving the festivalgoers of CORE Festival a unique look into the fascinating wonders and the extraordinary, mysterious world of mushrooms – a treat for the eye and ear and an inspiration of how mushrooms can save the world.

The celebrated filmmaker is renowned for being a pioneer in time-lapse, high-speed and macro cinematography and capturing stunning and breathtaking nature, aerial and slice-of-life imagery, which have been used in films by Hollywood’s biggest directors, including Steven Spielberg, Francis Ford Coppola and Oliver Stone. Schwartzberg is a visual artist who breaks barriers, connects with audiences, and tells stories that celebrate life and reveal the mysteries and wisdom of nature, people, and places. He’s also the only filmmaker in the world who has been shooting time-lapse 24/7 continuously for over four decades.

CORE Festival wants to awaken all senses with a unique total experience where nature, live music and art meet, offering festivalgoers an ensemble of impressive and unique art, sound and light installations that blend harmoniously. The organizations of Tomorrowland and Rock Werchter – two of the world’s most renowned and multi-award-winning festivals – are joining forces to create a completely new, original and refreshing festival in an intimate setting in Brussels’ beautiful nature.

About Tomorrowland
​Tomorrowland is one of the most popular and iconic music festivals in the world held in Boom, Belgium, organized and owned by the original founders, the brothers Beers. Tomorrowland was first held in 2005 and has since become one of the world’s most notable global music festivals. It takes place every year in summer and now stretches over 3 weekends in 2022, welcoming 600,000 People of Tomorrow from over 200 countries, and selling out in minutes year after year.

Tomorrowland is located in a beautiful natural place, recreation area De Schorre, in the town of Boom, Belgium. It is a true fairy tale world situated in beautiful natural surroundings, with a strong eye for detail such as enchanting décor, fascinating acts and peripheral animations, amazing, tasty and healthy food and drinks, spectacular fireworks - an unforgettable and incomparable show. Every year, the festival features a special theme that inspires the famed MainStage design and stage production.

About Rock Werchter
​Rock Werchter is Belgium’s largest music festival: four days and four stages, with the biggest headliners, young talents, raging rockers, incredible singer-songwriters, new names, and the coolest beats around. Rock Werchter deliberately builds its programmes across all genres. In 2022, Rock Werchter will take place between Thursday 30 June and Sunday 3 July. Rock Werchter is a unique experience. The line-up of artists is always world-class, the conditions exceptional, and the festival feeling omnipresent. Rock Werchter is a multi-award-winning international hit and a regular fixture in every music lover’s diary.

A collaboration between Tomorrowland and Rock Werchter